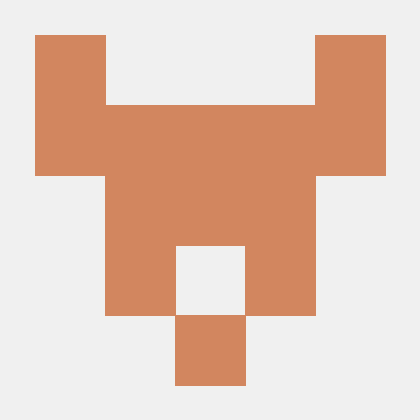 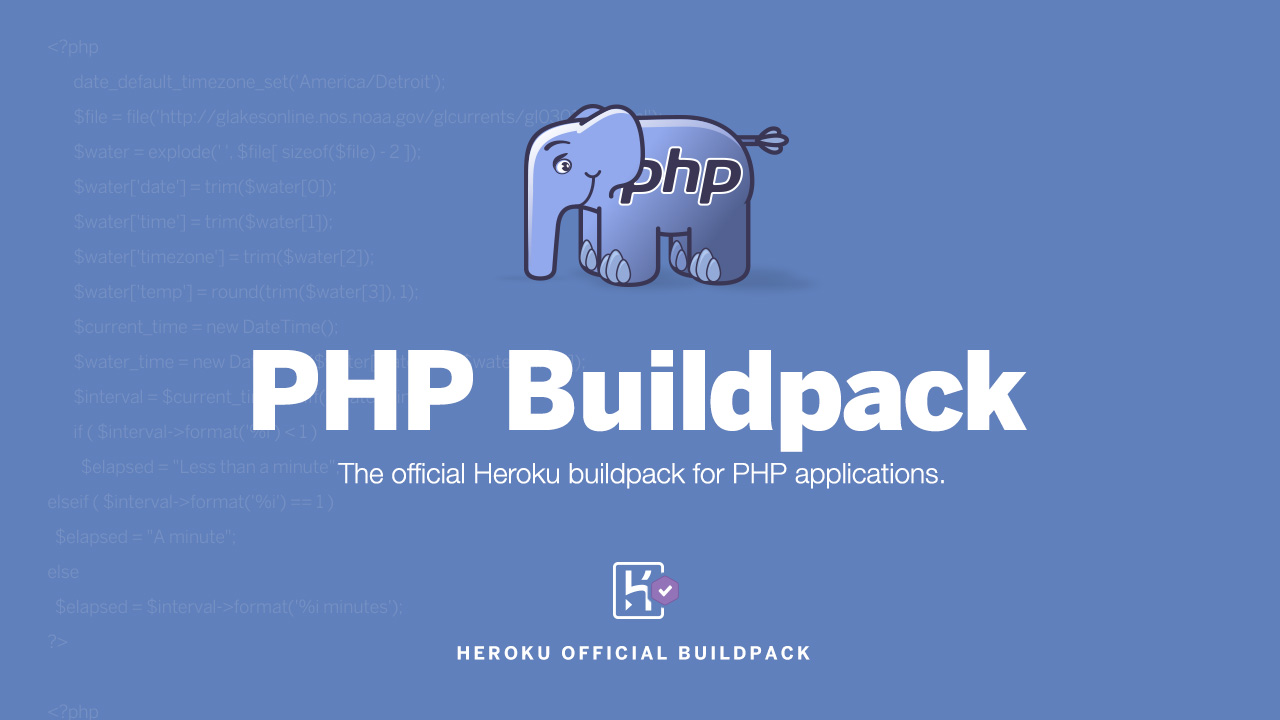 This is the official Heroku buildpack for PHP applications.

It uses Composer for dependency management, supports PHP or HHVM (experimental) as runtimes, and offers a choice of Apache2 or Nginx web servers.

You'll need to use at least an empty composer.json in your application.

If you also have files from other frameworks or languages that could trigger another buildpack to detect your application as one of its own, e.g. a package.json which might cause your code to be detected as a Node.js application even if it is a PHP application, then you need to manually set your application to use this buildpack:

The following information only applies if you're forking and hacking on this buildpack for your own purposes.

You need an S3 bucket, referenced in bin/compile, to host your own binaries if you want custom ones. Your S3 bucket must be set up so that a public listing is allowed (for the root or your intended prefix, see below).

The folder support/build contains Bob build scripts for all binaries and dependencies.

To get started, create a Python app (Bob is a Python application) on Heroku inside a clone of this repository, and set your S3 config vars:

Builds will initially fail, because your bucket is empty and no dependencies can be pulled. You can sync from an official bucket, e.g. lang-php, using a helper script - make sure you use the appropriate prefix (in this example, /dist-cedar-14-master/):

This only copies over "user-facing" items, but not library dependencies (e.g. libraries/libmemcached). You must copy those by hand using e.g. s3cmd if you want to use them.

If that works, run bob deploy instead to have the build upload to your bucket, and see the next section for important info about the manifest for your build.

After a bob build or bob deploy, you'll be prompted to upload a manifest (unless your build was for a library or other base dependency). It obviously only makes sense to perform this upload after a bob deploy.

You can also run support/build/_util/deploy.sh php-7.0.2 to have the manifest uploaded automatically for you after the deploy.

The manifest is a composer.json specific to your built runtime or extension. All manifests of your bucket together make up a repository (see below).

Whenever you're happy with the state of your bucket, run support/build/_util/mkrepo.sh (you can also run this from a local computer if you give appropriate arguments and/or have the env vars set).

The script downloads all manifests from your bucket, generates a packages.json Composer repository, and tells you how to upload it back to S3.