This is Ruby on Rails application for sharing content in exchange for digital currency. 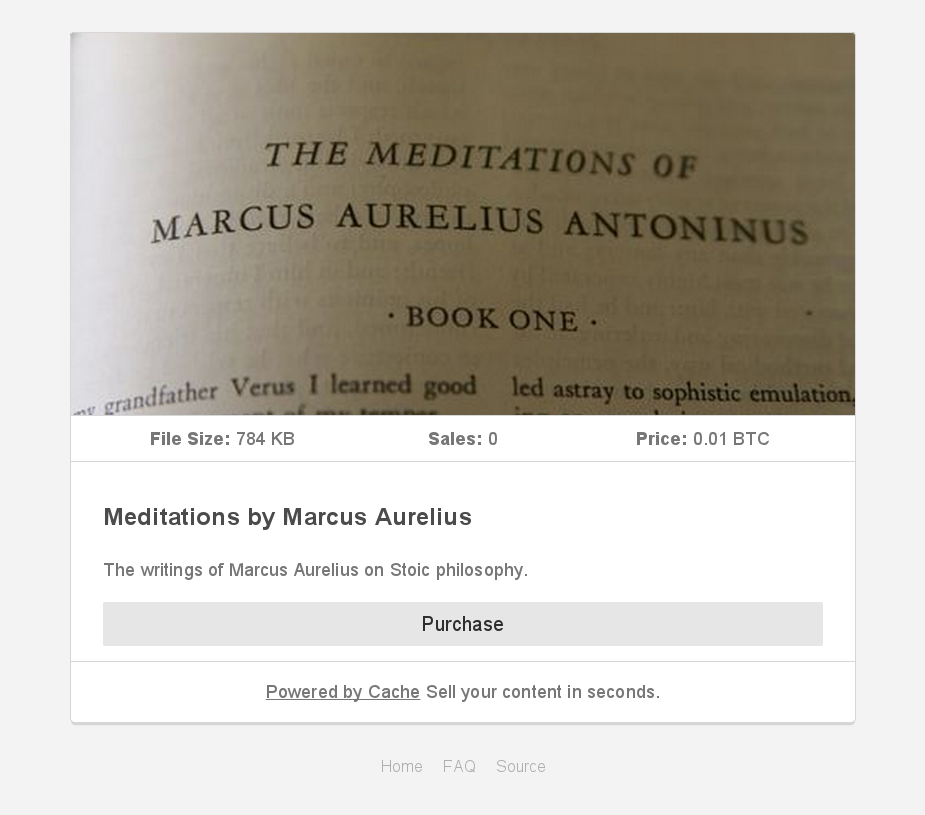 Once you have installed Ruby, Bundler, and the Heroku Toolbelt the application can be initialized using the following commands:

In order for payouts to work, you must first enable the Heroku Scheduler add-on to run rake cron:

All software configuration is conveniently placed within the config/config.yml file. Here, you can change the name of the application, set custom fees, change the digital currency being used, and more.

This software also requires the use of two third parties, Amazon S3 for file hosting, and Block.io for handling digital currencies. Registration is required for both.

This software is not intended for production use. If you wish to use this software for production use, I highly suggest removing the dependency of Block.io for deposits/payouts. This was only used to keep the application slim for Heroku. I recommend the bitcoin-ruby gem for Bitcoin or Litecoin.